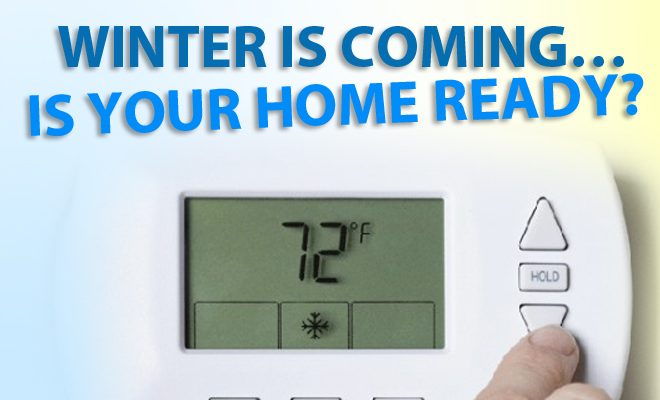 How to Prep Your HVAC System for Fall and Winter

Waiting until the cooler weather sets in to check your HVAC system may leave you without heat when you need it most! Here are a few simple steps for prepping your heating and cooling system for the cooler months ahead.

Put Your AC to Bed

Prevent clogs and discourage pests by rinsing away the dirt and grime that’s accumulated on your AC unit. Also remove leaves, branches and other debris from the surrounding area. Inspect the system for damage and then cover the exposed pipe with foam insulation; this will prevent freezing.

Finally, you’ll want to cover the unit but not entirely, as this could lead to moisture problems. Use a specially designed AC cover, or simply place a piece of plywood on top of the unit to keep out the winter weather and debris.

Schedule a service call with a heating professional now. If you wait until heating season is in full swing, you may find it difficult to get on a contractor’s busy schedule. A furnace checkup will include a review of your thermostat settings, an inspection of controls and drains, a tightening of electrical connections, and the lubrication of moving parts.

Now that your system is ready, keep your furnace running its best by changing the filter regularly, typically every month. Identify areas of your home where warm air might escape and seal them appropriately. Caulk leaky windows and doors, and seal gaps around chimneys and recessed lights in insulated ceilings.

If you’re really looking to make an impact on your energy usage, consider an energy audit. It can help you spot problem areas and prioritize the fixes to make sure your home, and every system in it, is operating at peak efficiency.

PENCO Management has the expertise to deal with various issues that your Homeowners or Condominium Association may encounter on a daily basis. Our company provides Property Management services to New Castle, Chester, Delaware, Montgomery, Berks, Bucks, and Lancaster Counties.  Our management team would be happy to schedule a meeting with your Board of Directors to discuss your Communities’ needs, as well as answer these very important questions regarding PENCO’s services. 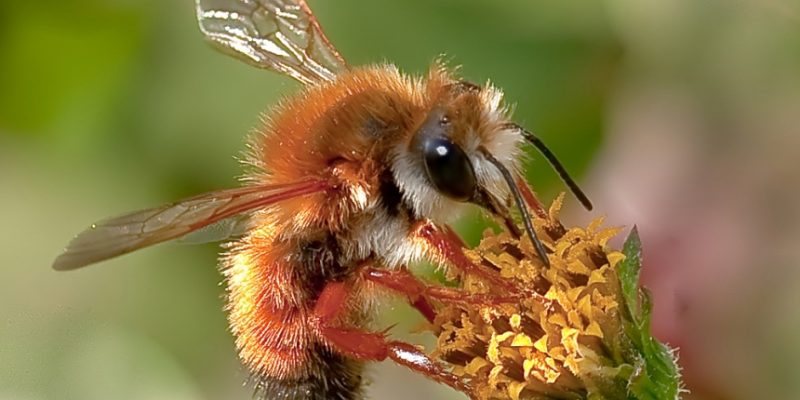 The Roles of Bees and Wasps in Community Associations

During the warmer months in the Delaware Valley many residents in Community Associations will notice
the proliferation of bees and wasps in the landscape beds and common areas. What many residents may not
know is that some of these insects, particularly certain species of bees or wasps, can be beneficial for the Community Association. Bees and wasps can help to pollinate plants and flowers in the landscaping beds and sometimes also help to control other insect pests. On another note, certain bees and wasps may also create a nuisance by nesting in the common areas or building structures which may require the services of a professional pest control company. In order to differentiate between these different types of insects, please read on.

Do you know the difference between a Wasp and a Bee?

Bees – Are flying insects closely related to wasps and ants. They are mostly known for their role in pollination and the integral part they play in our ecosystem. There are nearly 20,000 known species of bees in the world and they are found on every continent except Antarctica. Below are the most common bees found in the Tri-State area:

European Honey Bee is the best known bee species. They have the ability to produce honey and are the most popular bee in North America. The honey bee builds its nest from wax secreted by workers in the colony. Unfortunately there has been a large decline in the honey bee population due to the overuse of pesticides.

Carpenter Bees – Are solitary in the sense that every female is fertile, and typically inhabits a nest she constructs herself by boring into wood. There are no worker bees for these species. Carpenter bees do not produce honey or beeswax. This type of bee can be destructive to your home.

Wasp -The majority of wasp species are solitary, with each adult female living and breeding independently. Many of the solitary wasps raise their young by laying eggs on or in the larvae of other insects. The wasp larvae eat the host larvae, eventually killing them. Solitary wasps parasitize almost every pest insect, making wasps valuable in horticulture for biological pest control.

Yellow Jacket – Is the common name in North America for predatory wasps. Most of these are black and yellow. All females are capable of stinging. Yellow Jackets, like most wasps, can sting repeatedly, and will do so when threatened. A yellow jacket colony can have up to 5,000 members, ruled over by a queen. Yellow jackets build nests in the ground, old tree stumps, wood piles, wall cavities and in sheds. People are often stung while trying to remove a nest or running over a nest with a lawnmower. Despite having a bad reputation, yellow jackets are important predators of pest insects and play an important role in preventing crop damage.

Hornets -Are the largest of the wasps, and are similar in appearance to the yellow jacket. They are distinguished from other wasps by the head and by the rounded abdomen. Hornets build communal nests by chewing wood to make a papery pulp. Each nest has one queen, who lays eggs and is attended by workers who are female. Most hornets make nests in trees and shrubs, but some build their nests underground or in the corner of a building. Hornets are often considered pests and aggressively guard their nest. Like the yellow jacket, hornets can sting repeatedly.

Hopefully this helps you better understand the roles that bees and wasps play in our Community Associations. Please consider this information when trying to identify these types of insects in the outdoors so that we don’t exterminate those insects that are beneficial for all of us.

PENCO Management has the expertise to deal with various issues that your Homeowners or Condominium Association may encounter on a daily basis. Our company provides Property Management services to New Castle, Chester, Delaware, Montgomery, Berks, Bucks, and Lancaster Counties.  Our management team would be happy to schedule a meeting with your Board of Directors to discuss your Communities’ needs, as well as answer these very important questions regarding PENCO’s services.

Snow Removal in the Delaware Valley this season has been minimal, however, this may not be the case for the remainder of the season. February has been known to be one of the snowiest of months in the region. We would like to offer suggestions for residents and Board Members for common snow removal procedures within Community Associations.

PENCO Management has the expertise to deal with various issues that your Homeowners or Condominium Association may encounter on a daily basis. Our company provides Property Management services to New Castle, Chester, Delaware, Montgomery, Berks, Bucks, and Lancaster Counties. Our management team would be happy to schedule a meeting with your Board of Directors to discuss your Communities’ needs, as well as answer these very important questions regarding PENCO’s services. 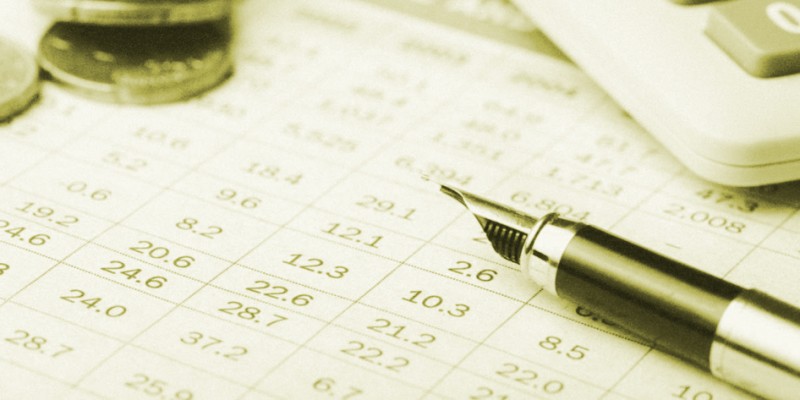 Financial Audit in Your Community Association

Some of the steps that the auditor will take when completing the yearly financial audit may include:

Annual Audits help catch errors and possible fraudulent activities in order to protect Boards and homeowners in their Association.  They determine if the financial statements are a true and correct reflection of the financial activities of the Association and are free of material misstatements.  They are one of the best tools in showing prudent and responsible community management for the benefit of the Association, its Board, and your professional property management firm.

PENCO Management has the expertise to deal with various issues that your Homeowners or Condominium Association may encounter on a daily basis. Our company provides Property Management services to New Castle, Chester, Delaware, Montgomery, Berks, Bucks, and Lancaster Counties.  Our management team would be happy to schedule a meeting with your Board of Directors to discuss your Communities’ needs. 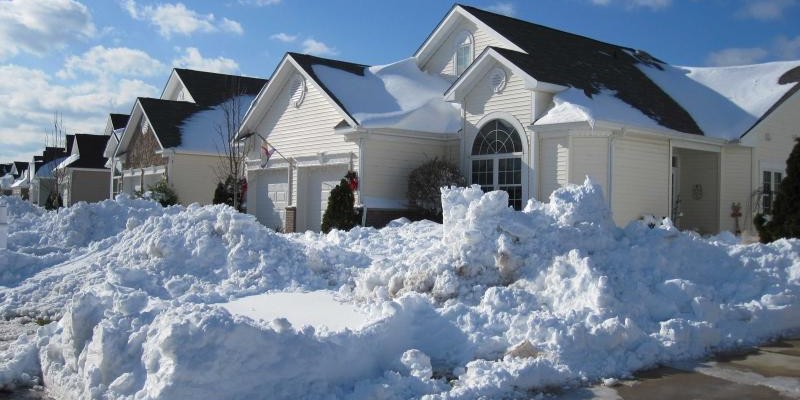 Assisting with Snow Removal Procedures in Your Community Association?

The winter months can bring much joy for Community Association residents with
the holidays approaching and families getting together.  If past winters are any indication, and with the colder
weather quickly approaching, many Community Associations in the Northeastern U.S. will also experience
significant snowfall.  The snow removal procedures below will help to expedite the snow removal process in your Community.

Here are some general reminders that you should keep in mind regarding snow
removal procedures for your Community Association:

Please contact your property manager first if you have a request or concern regarding snow removal in your Community Association.  Your issue should then be able to be addressed in a timely manner without the snow removal contractor being diverted from their duties.

PENCO Management, Inc. can help you manage your snow removal operations in your Community Association, in addition to the other property maintenance, administrative, and financial services it provides for over 60 communities in the greater Delaware Valley including Bucks, Montgomery, and New Castle Counties.